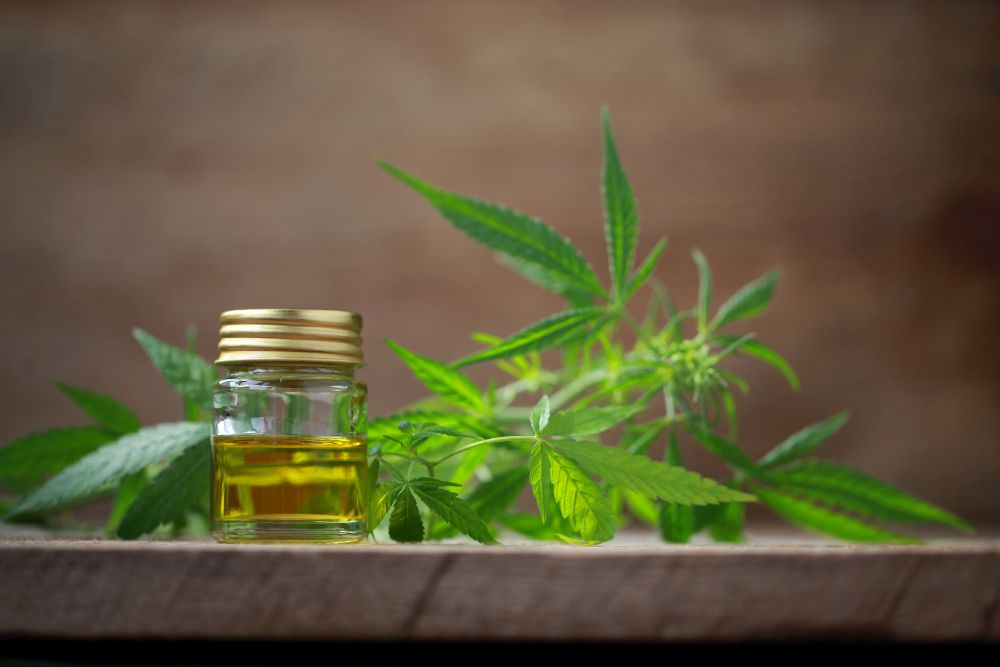 CBD oil is quickly becoming one of the most popular health trends, used for treating everything from sleep disorders and anxiety to addiction and other health issues. It’s also spawned a billion-dollar industry in virtually no time at all. This once controversial substance can now be found throughout the United States, in foods like brownies, gummy bears, and even café lattes.

There’s seemingly no end to the amount of CBD oil products available, but there’s still a cloud of confusion surrounding this naturally-occurring medicine. For instance, how does CBD work? What are its benefits? Are there any potential risks or side-effects associated with it? Does it actually promote better sleep, and how?

For those of you looking to answers to questions like these, I hope to shed some light on the subject with a few straight-forward facts about the history, benefits, side effects, safety, and legal status of these products.

What is CBD Oil?

CBD is short for cannabidiol, which is only one of 104 known chemical compounds contained in marijuana and hemp plants. These compounds, referred to as cannabinoids, work through the endocannabinoid system, which is a bio-chemical communications network used by the body. These newly discovered cannabis receptor pathways play a necessary part in certain physiological functions, such as pain, mood, sleep, and appetite.

The marijuana plant is probably best known for the effects of the cannabinoid THC (tetrahydrocannabinol), which is the compound that causes the “high” associated with its use. However, even though marijuana contains cannabidiol as well, it does not cause any intoxicating or psychoactive effects.

Rather, CBD oil is used by many people as a way to promote relaxation, sounder sleep, and pain relief, and is often marketed as a remedy for sleep disorders (such as insomnia) and other conditions like anxiety, chronic pain, and epilepsy.

Even though it’s possible to create CBD oil synthetically, it’s typically harvested from hemp, which is an easier and more natural source. To do this, manufacturers make use of certain extraction solvents that allow them to separate and remove CBD oils directly from the stalks and seeds of the hemp plant. After that, the oil is measured for cannabidiol levels and undergoes a heating process called decarboxylation, allowing the oil to be better absorbed by the body.

The hemp used in production of CBD oil is known as industrial hemp, which is part of the cannabis family. Industrial hemp contains large amounts of cannabidiol but almost none of the psychoactive compound THC – less than 0.3%, in fact.

Although industrial hemp is part of the cannabis family, and contains high levels of naturally-occurring cannabidiol, it only contains  less than 0.3% of the psychoactive compound THC. Within the United States, there are two main types of hemp-derived CBD oil products produced:

Please note that even though the amounts of THC found in full spectrum CBD are minuscule, it could be enough to create a positive for a drug test. Since there is almost no THC found in CBD oil derived from industrial hemp, it is pretty much impossible to get high from using it. CBD and THC are two of the most popular and commonly used used compounds found in the family of cannabis plants. Although these two compounds are derived from the same genus of plants, your body responds to them in significantly different ways.

THC (Tetrahydrocannabinol), is a psychoactive compound. By triggering the release of dopamine and turning on cannabinoid receptors, THC can modify the brain’s function in several ways, creating certain changes in perception, or  a “high”.

However, CBD is not a psychoactive compound and does not produce mind-altering effects. By itself, CBD is used to treat conditions such as insomnia, stress, depression, and anxiety. CBD might actually reduce the psychoactive effects of THC when they’re combined by hindering THC’s ability to bind to cannabis receptors. Studies indicate that by combining these two compounds, many of the negative effects associated with THC (such an increase in anxiety and paranoia) might be reduced. (2) After years of being demonized along with the marijuana industry and classified as a Schedule I Narcotic by the DEA, CBD is only now beginning to be seriously studied and accepted. Even so, researchers have already learned that CBD may be useful in the treatment of a wide range of bodily and psychological conditions.

In particular, studies have shown CBD oil to be helpful for the treatment of the following health conditions of the body:

Besides treating conditions of the body, research indicates that CBD may be useful in treating the following psychological issues:

A review of research conducted on both animals and humans shows a potential for certain risks associated with the use of CBD oil, including:

How to Use CBD Oil Because of the sudden widespread interest in CBD oil, there is no shortage of cannibidiol products currently available, in a variety of different forms. These various CBD oil products are administered in a number of ways, the most common being orally, topically, sublingually, and vapor inhalation. Your individual preferences and health needs will play a large part in deciding which works best for you.

Here’s a closer look at these four primary delivery methods for using CBD.

Orally ingesting CBD oil is by far the most popular method, and there’s currently a big demand for edible cannabidiol products, including anything from candy to pastries to drinks. CBD oil supplements and concentrated tinctures are also available. CBD oil tinctures can be ingested directly by squeezing a few drops into your mouth, or by blending them with food and drinks. They can also be used sublingually (see below).

No matter if you choose to take CBD capsules, or snack on a CBD-infused cookies, the results are pretty much the same. The CBD oil travels through the digestive system and is metabolized by the liver prior to entering the bloodstream, no differently than with vitamins and supplements. It may take longer to experience the effects and last for a greater length of time. Ingesting CBD oil orally is best for individuals with stress, anxiety, and insomnia, or for those just wanting a good night’s sleep.

There are a variety of topical CBD oil products available, from lotions, salves, balms, and ointments, to patches and bath and body-care items.

Products like these are applied directly to the skin where they treat a specific area of the body rather than entering the bloodstream. Topically-applied CBD products are mainly used for relieving pain, stiffness, and inflammation. Rubbing these CBD products directly to a problem area helps target sore joints, muscles, and damaged skin rather than circulating the cannabinoids through the entire bloodstream.

Sublingual delivery of CBD oil is a faster way to experience its benefits. By using CBD oil sublingually, it gets absorbed directly into the body, bypassing the digestive system altogether and circulating immediately into the bloodstream. Where full effects from the oral ingestion of CBD oil might take anywhere from 30 minutes to 2 hours, sublingual delivery of CBD oil can give relief in just 5 – 20 minutes. For those dealing with pain, migraines, or sudden stress, taking sublingual CBD might be the best option.

One other method for administering cannabidiol is by inhaling vaporized CBD oil. Vaporized inhalation generally involves using a vaporizer device, such as a vape pen, to inhale CBD vape oil mist into the lungs. Vaping CBD oil allows the body to receive larger quantities of CBD at a quicker rate.

When you vape CBD oil, the cannabidiol is delivered directly to the lungs where it gets circulated throughout the bloodstream and the body. This is a fast-acting and powerful method of delivery that is frequently used by individuals having panic attacks or those needing strong, instant pain relief.

In Which States is CBD Oil Legal?

CBD oils can be found in health food stores, smoke shops, and even pet shops. They are also available online for purchase with delivery to many U.S. locations, including those states that prohibit the use of medical and/or recreational marijuana. Even so, U.S. laws pertaining to CBD use  can be very bewildering, and the legal status in some states remains unclear.

Federal CBD law was first established by the Agricultural Act of 2014. (16) This federal bill allows the farming of industrial hemp for the purpose of academic study under approved pilot programs or according to state law where farming and research occurs. The term “industrial hemp” was classified as cannabis plants containing less than 0.3% THC. In essence, this bill made CBD oil manufactured from industrial hemp legal nationwide. However, according to current federal law, CBD oil made from marijuana plants remains illegal.

At the state level, laws pertaining to hemp – as well as marijuana-derived CBD oil – tend to vary from one state to the next. The NCSL shows that 10 states currently have legalized both medical and recreational use of marijuana, THC, and CBD. (17) There are also 31 states (as well as the District of Columbia and the U.S. territories of Guam and Puerto Rico) that have legalized cannabis for medical use. Otherwise, there are 15 states that still prohibit the use of CBD products, even those made from industrial hemp containing less than 0.03% THC. Presently, 4 states (Idaho, Kansas, Nebraska, and South Dakota) have no clear guidelines as to the legality of industrial hemp derived CBD, making the legal status of these products difficult to ascertain.

See the following chart for further clarification concerning the current marijuana and CBD laws in your state. Where to Buy CBD Oil

For sheer quality and reliability, we recommend the products offered by Fab CBD (FabCBD,com). Founded in 2017, FAB is at the forefront of the CBD industry when it comes to superior products, customer service and innovation.

Their award-winning CBD Oil is produced from the highest-quality organic industrial hemp plants, while preserving the naturally-occurring terpenes and other beneficial cannabinoids. In addition to the standard CBD oil, it is also available in a wide range of flavors, such as berry, citrus, mint, and vanilla.

Besides oil, they also offer a selection of other CBD products, including soft-gel capsules, gummies, CBD cream, salve and even pet treats. For pricing and more information, visit the FAB CBD website.

Praised for a long list of positive health benefits, CBD has exploded onto the marketplace, available as edible products, topical treatments, tinctures, and vape oils. For those thinking about buying CBD oil, it’s vital to think about your individual health needs in order to choose the best CBD oil product for you. If you’re looking to get a better night’s sleep or help beating your insomnia, using edible cannabidiol products or adding tinctures to your food or drinks is highly suggested. 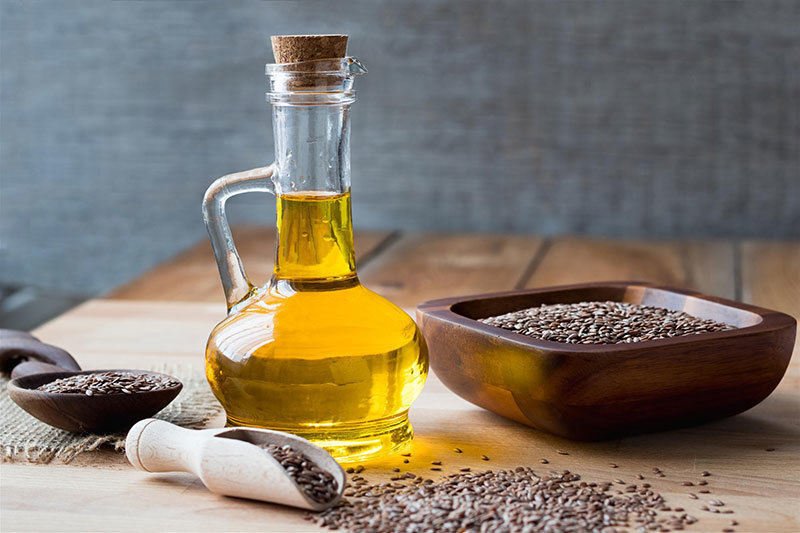 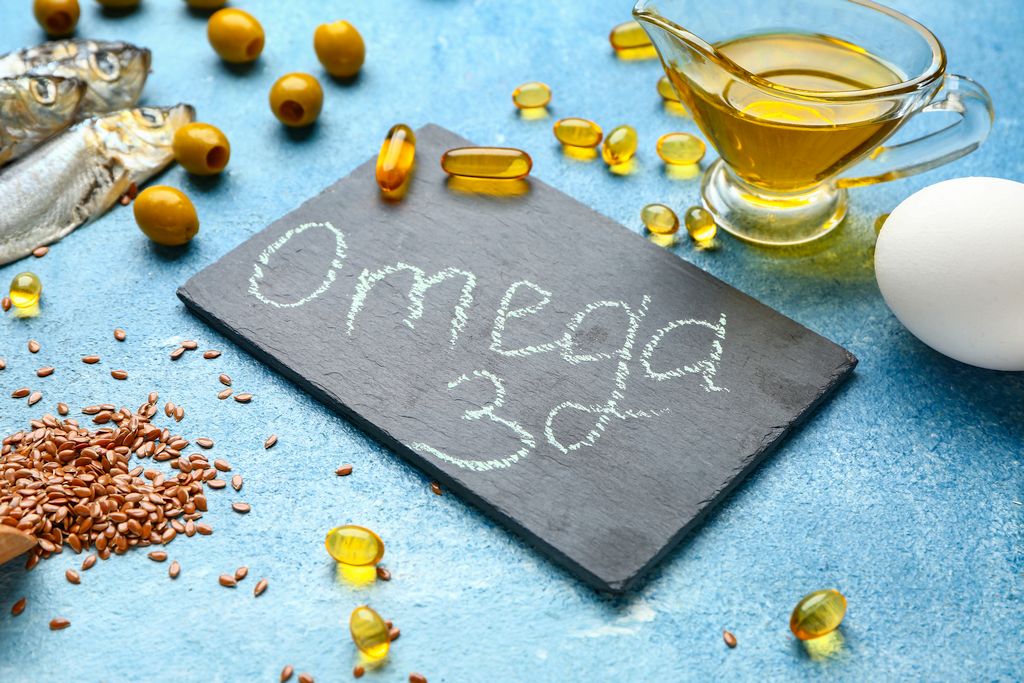