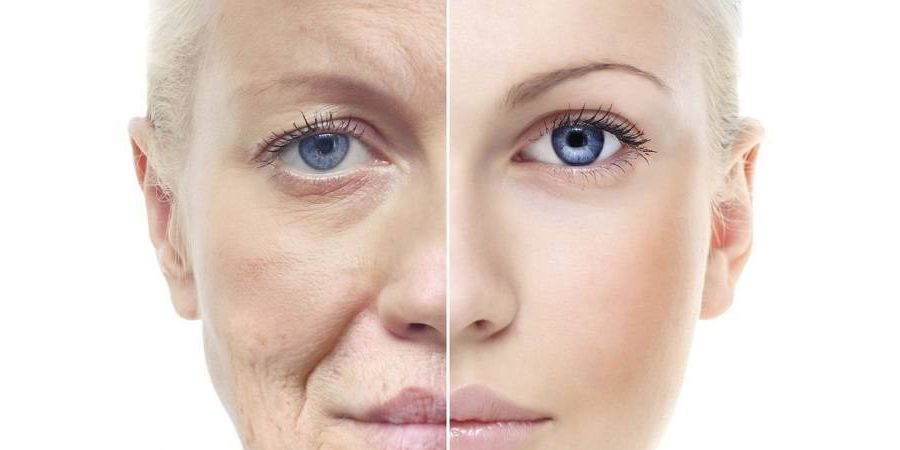 Throughout human history, people have been looking for methods to restore youth and slow the aging process. But the search for the elusive fountain of youth is as strong as ever, with an entire anti-aging supplement industry offering out a wide range of pills, lotions, serums and other anti-aging products, all intended to turn back the hands of time.

However, these products often have a  hefty price tag attached, and with all the options available it can be a huge task just trying to figure out which ones actually work.

If you find yourself wondering which vitamins and supplements can actually help you to look and feel younger, you’ve come to the right place. In this article, I’ll be covering everything you need to know about anti-aging supplements, including which actually help slow down and even reverse the signs of aging, allowing to look and feel your youngest.

In fact, they help with reducing many symptoms associated with aging that might not even be seen by the naked eye. To name just a few of the potential benefits that anti-aging supplements can offer:

Acetyl-L-carnitine is an amino acid that is found in most cells in the body, including brain, nerves, heart, liver and sperm cells, where it increases the production of energy in the mitochondria. Research studies have demonstrated that acetyl-L-carnitine provides many benefits itself, but since the discovery of acetyl-L-carnitine arginate, these same benefits were greatly enhanced.

Acetyl-L-carnitine arginate is excellent for improving mood, learning, and memory. It also helps your muscle cell mitochondria burn fat, which can boost your endurance and physical performance, and help you recover faster.

In the U.S., the most common causes of death and disability are heart attacks and strokes brought about by an abnormal blood clot formed inside an artery of the heart or brain. Aspirin restricts the formation of enzymes called prostaglandins, which encourage blood cells to stick together to form clots.

By blocking prostaglandins , aspirin produces an immediate and lasting effect on blood platelets, making them less likely to clump together and making blood flow smoothly.

Carnosine is a a compound made up of two linked amino acids (alanine and histidine), and is naturally produced by the body. In humans, high concentrations of carnosine are found in muscle tissue and in the brain.

Carnosine can also be obtained from foods, with large amounts found in beef and fish, and in lower amounts in chicken. In fact, levels of carnosine found in muscle tissue correlate with the maximum life spans of animals.

Carnosine levels diminish with age. Muscle levels decrease by 63% by age 70, which could explain the decrease in muscle mass and function typically associated with age. Carnosine protects muscle cell membranes and allows the heart to contract more efficiently.

Carnosine is unique in that it also interferes with the process of glycation, which is a major contributor to wrinkled skin and other age-related health conditions, such as  neurologic, vascular, and eye disorders.

CoQ10 (Coenzyme Q10) is necessary for the healthy function of the mitochondria and helps convert fats and sugars into energy. Aging individuals have been found to have on average over 50% less CoQ10 than young adults.

For individuals over the age of 30, these findings make CoQ10 one of the most important nutrients to supplement with.

Research conducted on omega-3 fatty acids is so impressive that National Institutes of Health published a study showing that fish oil can help prevent deaths associated with heart disease. Even the FDA has recognized that consuming EPA and DHA omega-3’s could decrease the likelihood of developing coronary heart disease.

Among the multiple actions that are attributed to the positive benefits connected with fish oil are its ability to lower triglyceride levels (which helps decrease the risk of heart and blood vessel disorders), and its  ability to protect the healthy flow of blood in the arteries.

Green tea extract has a large amount of published research studies that verify its many health benefits. The most important findings are from studies demonstrating that green tea extract assists in maintaining cellular DNA and membrane integrity.

After years of research, we’ve learned that green tea contains powerful antioxidants called polyphenols, catechins, and flavonols. A number of catechins are found in green tea and are responsible for the majority of the favorable research findings.

Of these catechins, EGCG (epigallocatechin gallate) is the most potent. EGCG is an antioxidant that is around 25-100 times more powerful than vitamins C and E. A single cup of green tea can provide as much as 10-40 mg of polyphenols, providing greater antioxidant benefits than a serving of broccoli, spinach, carrots, or strawberries.

The high level of green tea’s antioxidants makes it helpful for protecting the body from the oxidative damage attributed to free radicals.

GPC, or L-alpha glycerylphosphoryl-choline, helps with the synthesis of a number of phospholipids in the brain, which boosts the availability of acetylcholine in certain brain tissues. Research shows that the GPC form of choline helps to protect against the cognitive decline typically associated with aging.

Lipoic Acid is a very powerful antioxidant that neutralizes the effects of reactive free radicals in the mitochondria, which play a major part in human aging. Research indicates that a surplus of compounds that inhibit free-radicals (such as lipoic acid) could be effective in slowing down the aging process.

Lipoic acid is also able to convert other antioxidants like Vitamin C back into their original state after neutralizing free radicals. Research also indicates that lipoic acid can decrease glycation damage from excess amounts of blood glucose, which could play a role in aging.

In the past, the only choices available for aging people wanting to restore diminishing numbers of mitochondria (the cell’s “energy powerhouses”) were exercise to the point of exhaustion, or undergoing a long-term calorie restricted diet. Obviously, these methods will not prove easy or practical for most aging individuals.

Evidence from published research studies show that resveratrol could be the most effective substance for supporting optimal health and increasing longevity. Classified as a phytoalexin, resveratrol is a polyphenolic compound concentrated mostly in the skins and seeds of grapes and berries.

Additional studies show that many of the positive changes in gene expression seen in calorie-restricted diets were observed when resveratrol was combined in low doses with grapeseed extract. But other research indicates that larger doses might be necessary to experience all of the health benefits associated with resveratrol,

Some of these benefits include: improved insulin sensitivity, enhanced function of the mitochondria, decreased inflammation in the body, and protection from the negative effects associated with a high-fat diet.

Whey protein is often considered to be a supplements best suited for athletes and bodybuilders to help increase muscle mass. However, increasing evidence indicates that certain BCAA’s, or “branched-chain amino acids”, can imitate the life-extending benefits of calorie restriction. Primarily, these include leucine, ioleucine, and valine.

Whey protein is also believed to positively affect immunity and muscle fitness because of the BCAA’s it contains, as well as its lactoferrin and immunoglobin content.

Folic Acid and Vitamins B6 and B12

Homocysteine a nonessential, sulfur-containing amino acid, is an independent marker of risk for the development of cardiovascular disease. Back in 1981, we first recommended that customers reduce homocysteine levels by taking folic acid, vitamin B6, and vitamin B12.

Homocysteine can make blood clot more easily than normal, increasing the risk of both heart attack and death by heart attack. Inadequate levels of folic acid and vitamins B6 and B12 can lead to increased homocysteine levels.

Human growth hormone, also called HGH or GH, is a peptide hormone that stimulates growth cell reproduction and regeneration in humans. It’s produced in the pituitary gland and is regulated by your hypothalamus. HGH serves a primary role in development during childhood and adolescence.

Later in life, human growth hormone still plays an important role in general health, such as regulating your metabolism, bone density, muscle mass, and even your ability to burn body fat. Unfortunately, the amount of growth hormone our bodies produce declines as we age.

With this decline comes an increased risk of certain health problems, like cardiovascular disease, osteoporosis, and even depression. In addition to these general health risks, low GH production in adults can promote weight gain, especially in your abdomen area.

Libido in both men and women is primarily driven by testosterone, which diminishes with age affecting both sexes. Testosterone is also critical for retaining muscle mass, strength, and bone health. Testosterone is commonly treated with injections and topical creams, but natural testosterone supplements are also an excellent alternative.

Estrogen and progesterone are female hormones crucial for maintaining several important functions in the body, including: strength, sex drive, cognitive function, and in counteracting the effects of menopause. The latest research suggests that estrogen could be effective as a treatment for age-related memory problems.

Estrogen and progesterone can be supplemented in several ways, including with prescription-based injections, creams, and drugs, as well as natural menopause supplements. Of particular interest is the use of plant-based phytoestrogens, which have safe (although limited) estrogenic effects, as a potential substitue for prescription forms of estrogen.

Dehydroepiandrosterone, or DHEA, is a hormone produced by the adrenal glands and plays an important role in the creation of steroid hormones like testosterone and estrogen. DHEA production diminishes swiftly with age in both men and women.

DHEA gained credibility in the scientific community when the book “DHEA and Aging” was published by the New York Academy of Sciences . This publication offered scientific evidence for several of the longevity benefits linked with DHEA.

DHEA supplementation is popular among individuals looking to boost physical performance, build muscle, and to help slow down the aging process.

Commonly referred to as the “mother hormone”, Pregnenolone is a precursor for several important hormones, including testosterone, estrogen, and DHEA. Classified as a neurosteroid, there is evidence to suggest that Pregnenolone has an enhancing effect on memory.

Melatonin is a hormone produced by the pineal gland, a small endocrine gland situated in the middle of the brain. Melatonin is a very powerful antioxidant, and has been referred to as the “pacemaker” of the aging clock in humans.

Melatonin gets released nightly and is important for maintaining our biological rhythms for sleep and recovery from fatigue. Scientific research points to the importance of keeping melatonin at youthful levels in order to protect against the degenerative diseases associated with aging. 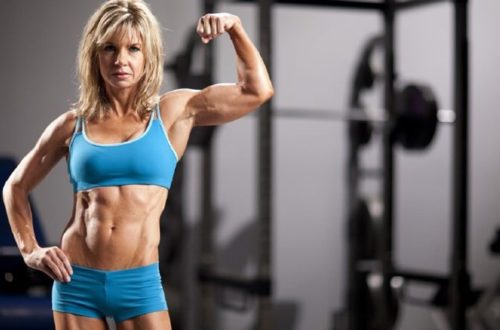